Young man credits innovative program for turning his life around

At 19, Abraham made a mistake that cost him a felony conviction and a trip to jail.

Blind chance got Abraham a ticket out through Orange County Young Adult Court (YAC). He became the first participant of the innovative court and, on June 26, the first to graduate from the program that gives first-time felony offenders a second chance. 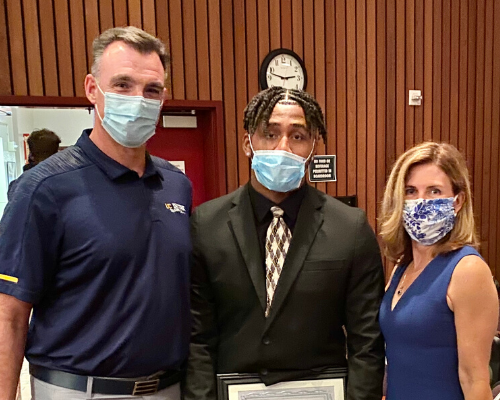 Through the efforts of Judge Maria D. Hernandez; Elizabeth Cauffman, UCI professor of psychological science; Cauffman’s former postdoctoral student Zachary Rowan, who now is a faculty member at Simon Fraser University in Canada; Cauffman's current post-doctoral student Grace Icenogle; the Orange County Probation Department; the Orange County Public Defender and Defense Bar; Orange County District Attorney’s Office; and the Orangewood Foundation, YAC was launched in 2018. It is a collaborative court for felony offenders between the ages of 18 and 25.

As part of the court program, which has presently 25 participants, randomly-selected first-time felony offenders are offered support services and resources for mental health counseling, job skills training, substance abuse treatment and housing and transportation assistance. If the participants take part in the requirements, including attending all court hearings and meetings with probation officers and case managers, they can complete the program and have their felonies expunged or reduced to misdemeanors.

Abraham’s felony was wiped off his record by Judge Hernandez during his graduation ceremony. He now looks forward to landing a job and renting an apartment without worrying about getting turned down when his background is checked.

She added that the OC’s YAC is running a rigorous approach to the data being collected by Cauffman that will “tell us whether this program works.”

With a $780,000 grant from the National Institute of Justice, Cauffman and her team of researchers have been evaluating the court to determine its efficacy.

What is known is that the “detrimental effects of treating young adult offenders to harsh sanctioning disrupts the acquisition of human and social capital, which can generate substantial inequalities among young adults exposed to the criminal justice system,” Cauffman said. “The damage associated with official sanctioning and collateral consequences for 18- to 25-year-olds is particularly startling when we consider the fact that these individuals have a significant portion of their lives still ahead of them. This is not only important for the youth, but for our community as a whole. If we want these youth to be productive members of our society, we cannot saddle them with a label that limits their opportunities.”

Do said his heart was “overflowing with joy” and that the shift in thinking about the criminal justice system is “momentous” and should be celebrated.

He congratulated Abraham and told him: “Your success is evidence of your efforts and commitment. You now carry the responsibility to go forth and do great things with your life.”

As a refugee, Do added that when he came to America, he was harassed and bullied in high school and “life seemed so hard. Everything seemed so dire, but just put one foot in front of the other. Sometimes, you can’t run but never stop moving ahead, even if it’s just a little small step. This is a new start for you, Abraham. I hope you will see it as an opportunity to go forward and be a success story for this court.” 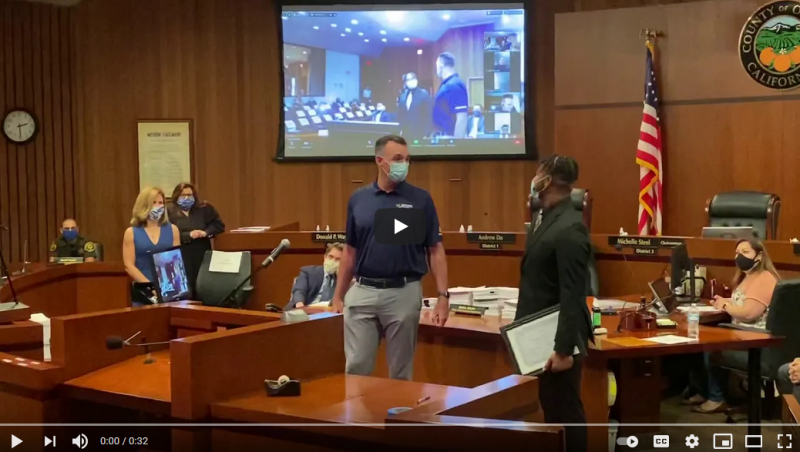